We were allowed to equip the ACTIVE GARDEN in Waiblingen with a nearly 200m2 large NINJA PARCOURS.

In total we built eight steel frames (4,0×4,0m), which we distributed on two levels. Four frames were on floor level, and another four frames were installed on a platform of just under 1.0m. The elevation allowed us to place an air cushion under two frames for particularly dynamic obstacles.

The whole course was also completed by a WarpedWall of 3.5m and a WarpedWall 2.0 with a height of 4.5m. A chimney and the FiveSteps were also added. 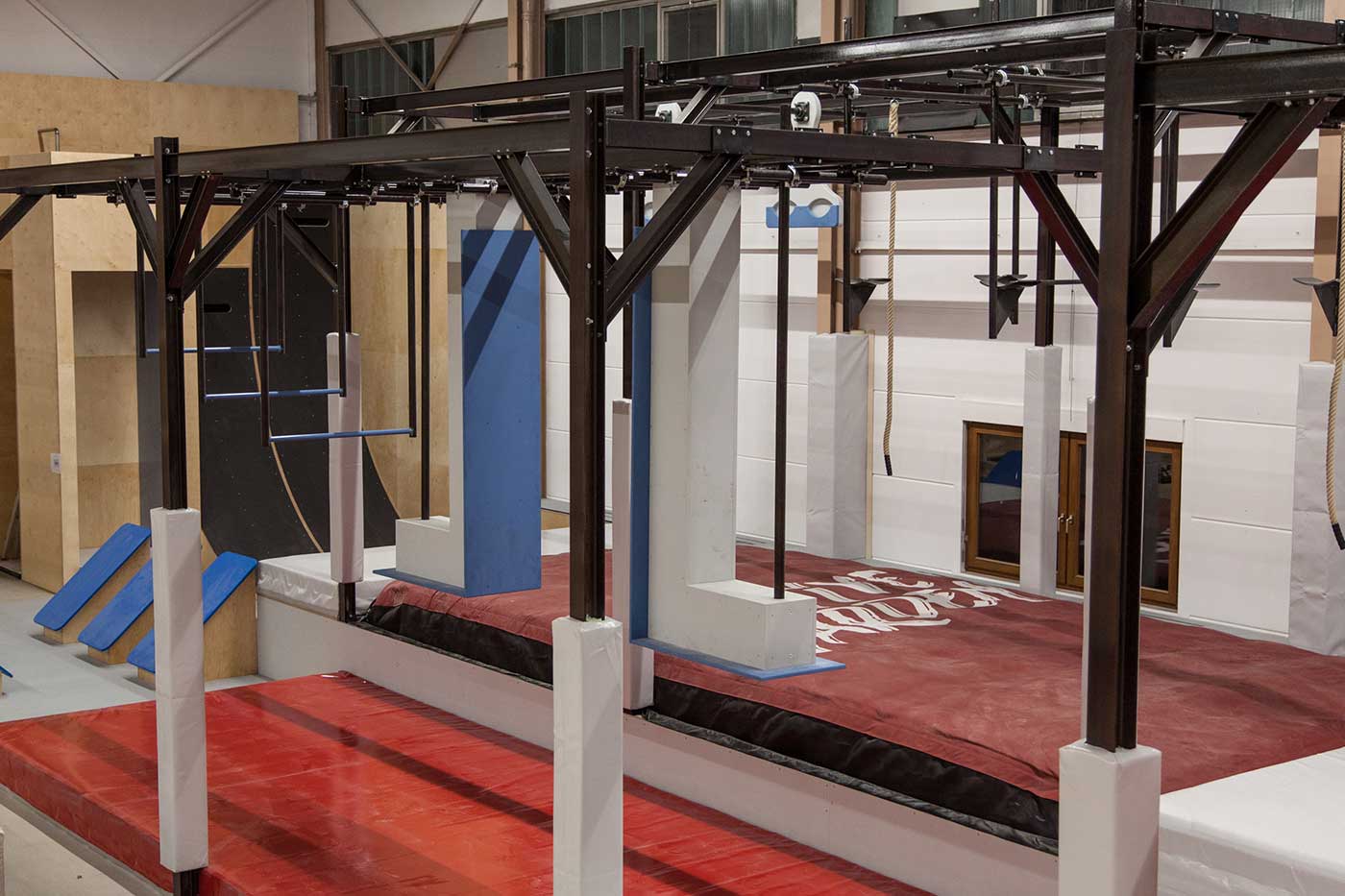 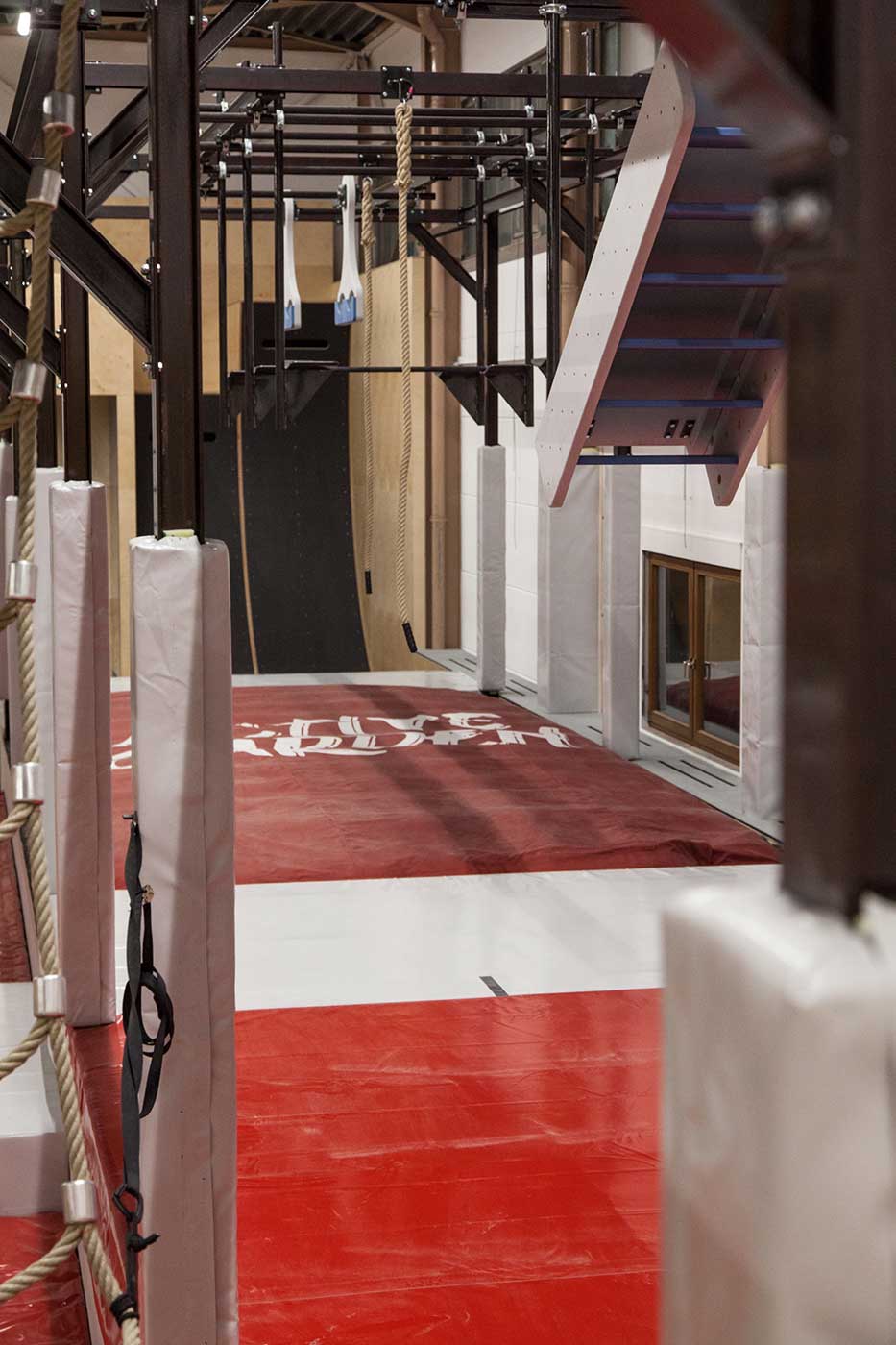 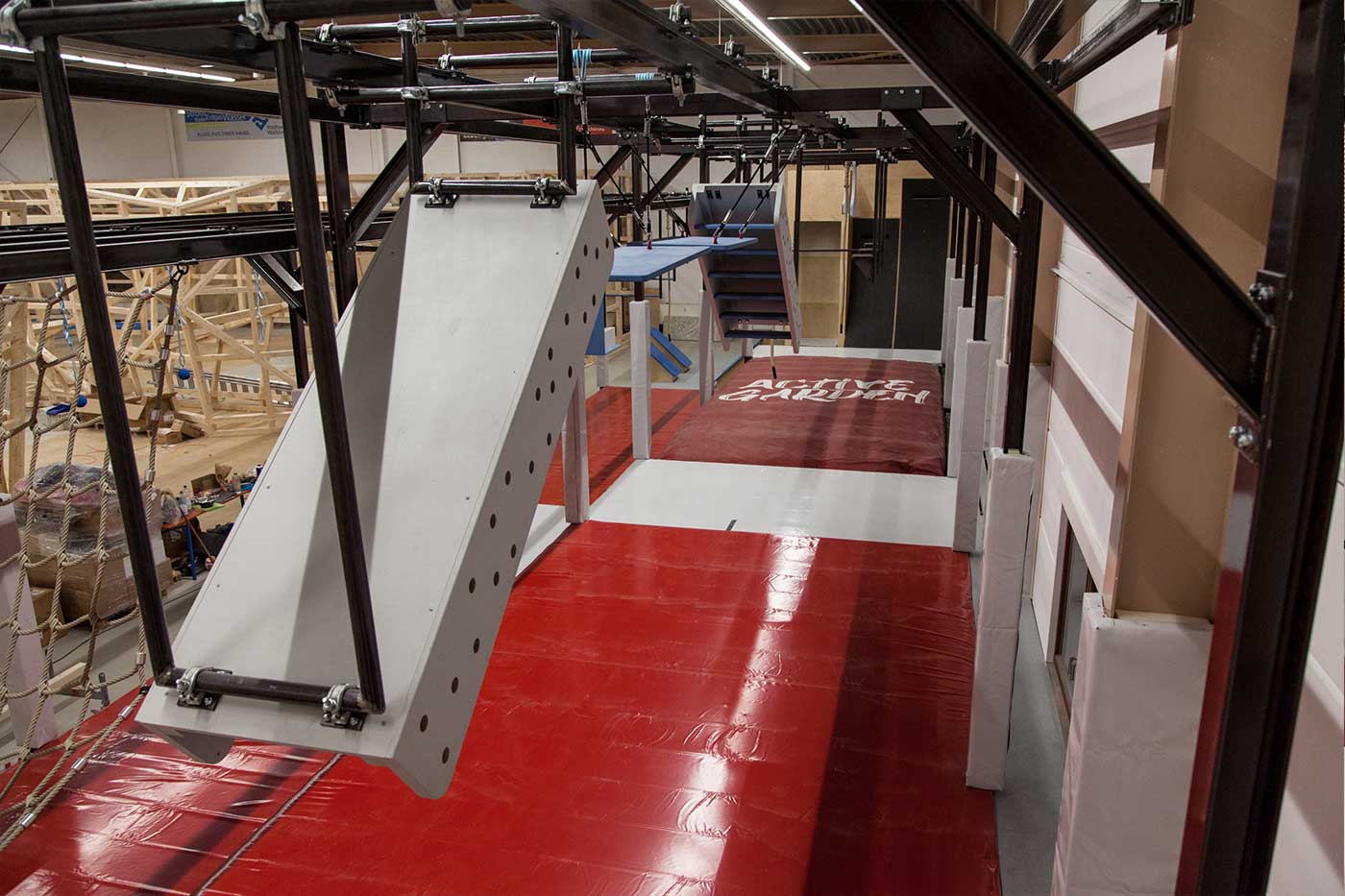